The wooden "house within a house" inside Basel factory

The former machine factory has now turned into a shared working space. 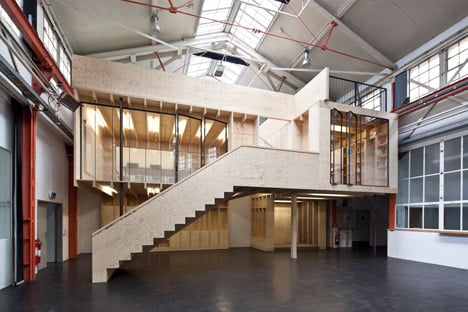 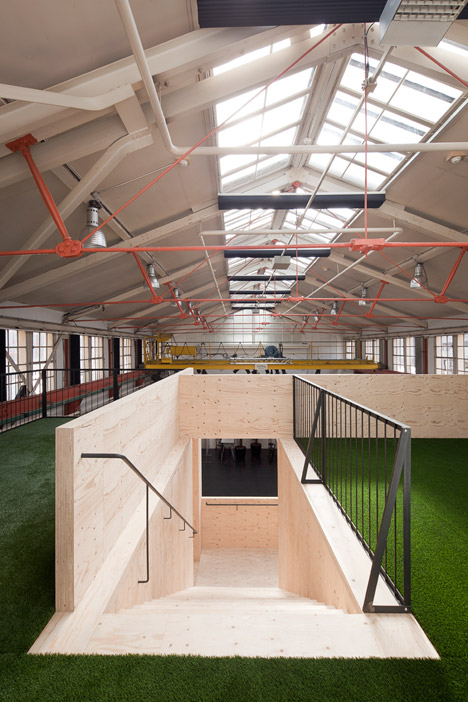 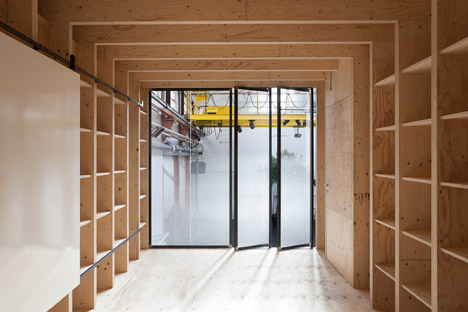 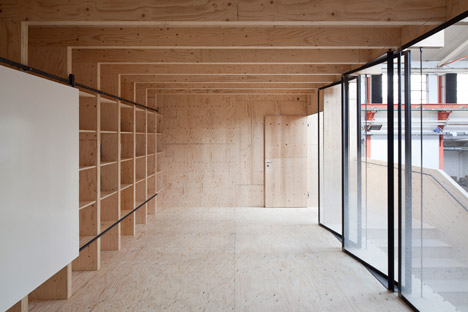 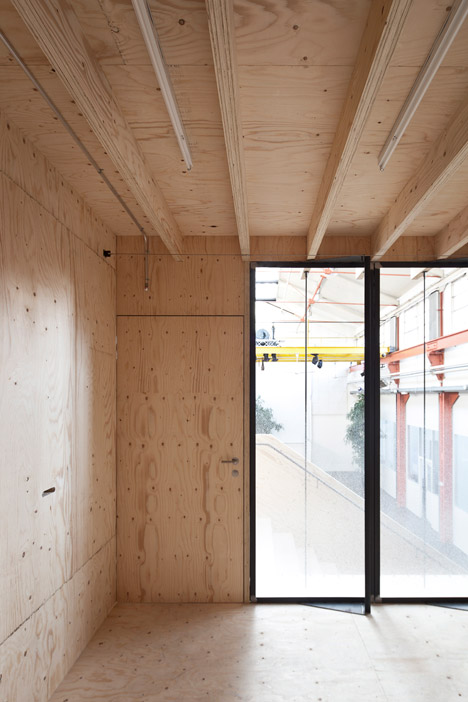 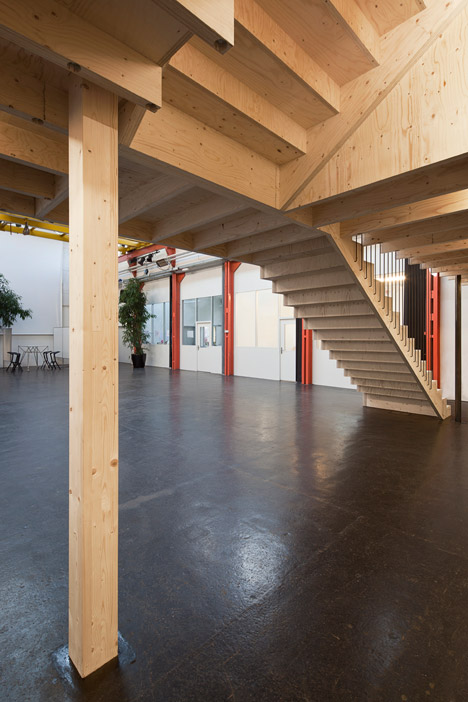 The structure inhabits the main assembly hall of the former Burckhardt factory in the Swiss city, a 1930s building that was originally used for making perforation machines. The hall had most recently been used as an events space.

The building's new tenant is Launch Labs, which provides startups with co-working spaces. The company needed to turn the area into an adaptable environment offering workstations as well as areas for cultural activities, relaxation and workshops.

The space also needed to maintain the capacity to host large events from time to time.

Described by the studio as "a house within a house", the installation was constructed from laminated veneer lumber, with the supporting beam structure left exposed.

Supported by thin columns and accessed by a flight of stairs at the front, the first floor includes two differently sized meeting spaces and floor-to-ceiling glass windows that overlook the factory. Both rooms include extensive built-in storage shelves.

The second floor provides an astroturfed terrace under the roof, doubling up as a further meeting space or area for relaxation, and the ground floor of the structure was left open plan.

The majority of the space occupies the full height of the building.

Due to limited access – the main entrance to the building is a single door – the new addition was created as a set of pieces that were then assembled inside.

"Since the installation is conceived for an indoor space, the project was liberated from environment requirements and constraints," Stereo Architektur said in a statement. "Details were invented, mechanisms kept simple and materials raw."

"Thus the house within the house gets a strong character, on the one hand adapting to the charms of the existing, on the other hand emancipating itself through its materialisation," it added, "an element capable of adding to the identity of the location."

Disused warehouses and factory buildings offer large expanses of floor area for companies to customise into offices. Other examples include a former corset factory in Gothenburg converted into an open-plan workspace, and a 19th-century factory in Ghent turned into the regional headquarters for a care home.

Photography is by Lukas Schaffhuser.