A Labyrinth of Boolean Voids in Genk

The form of the labyrinth is explored as a spatial experience in a unique composition of wall and void.

A project by Gijs Van Vaerenbergh 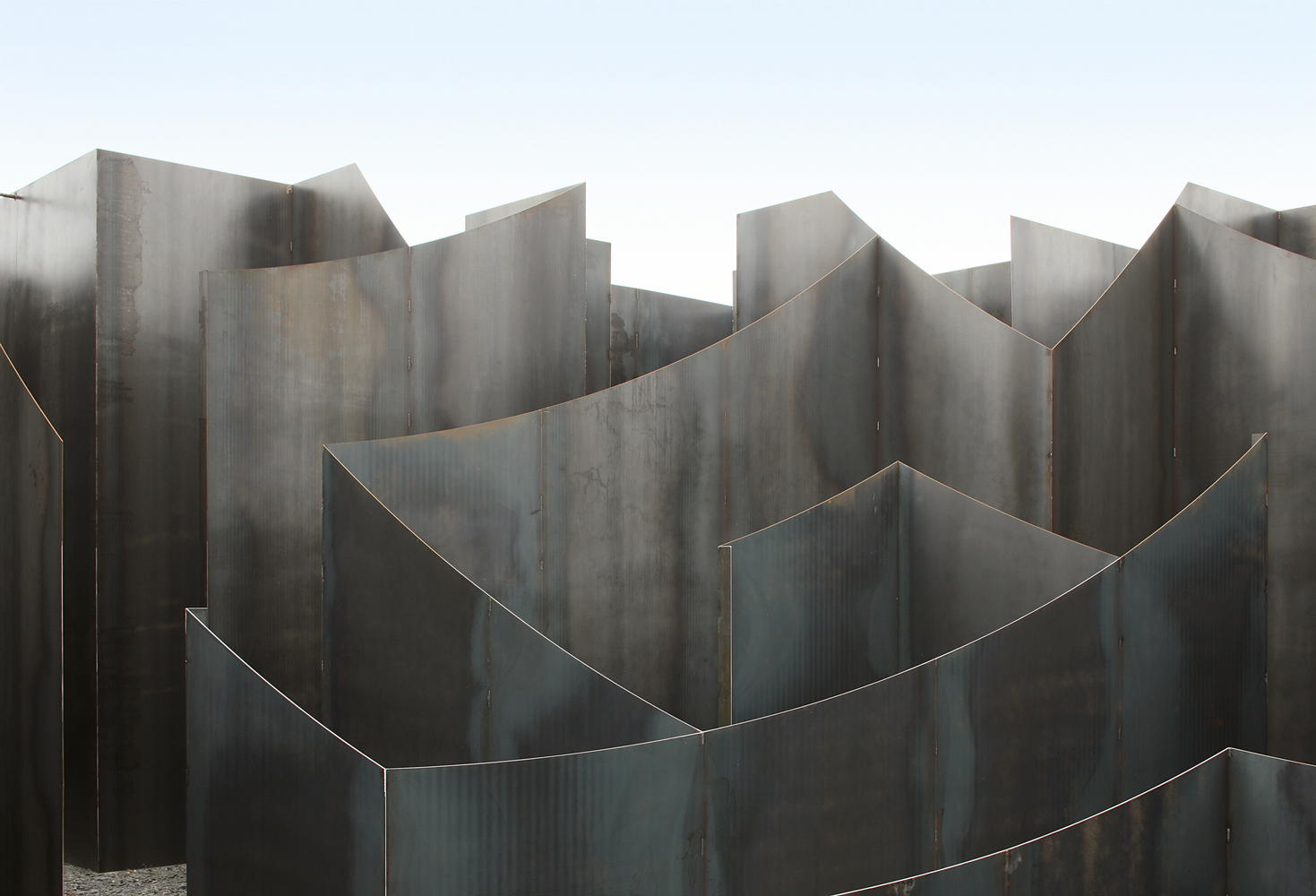 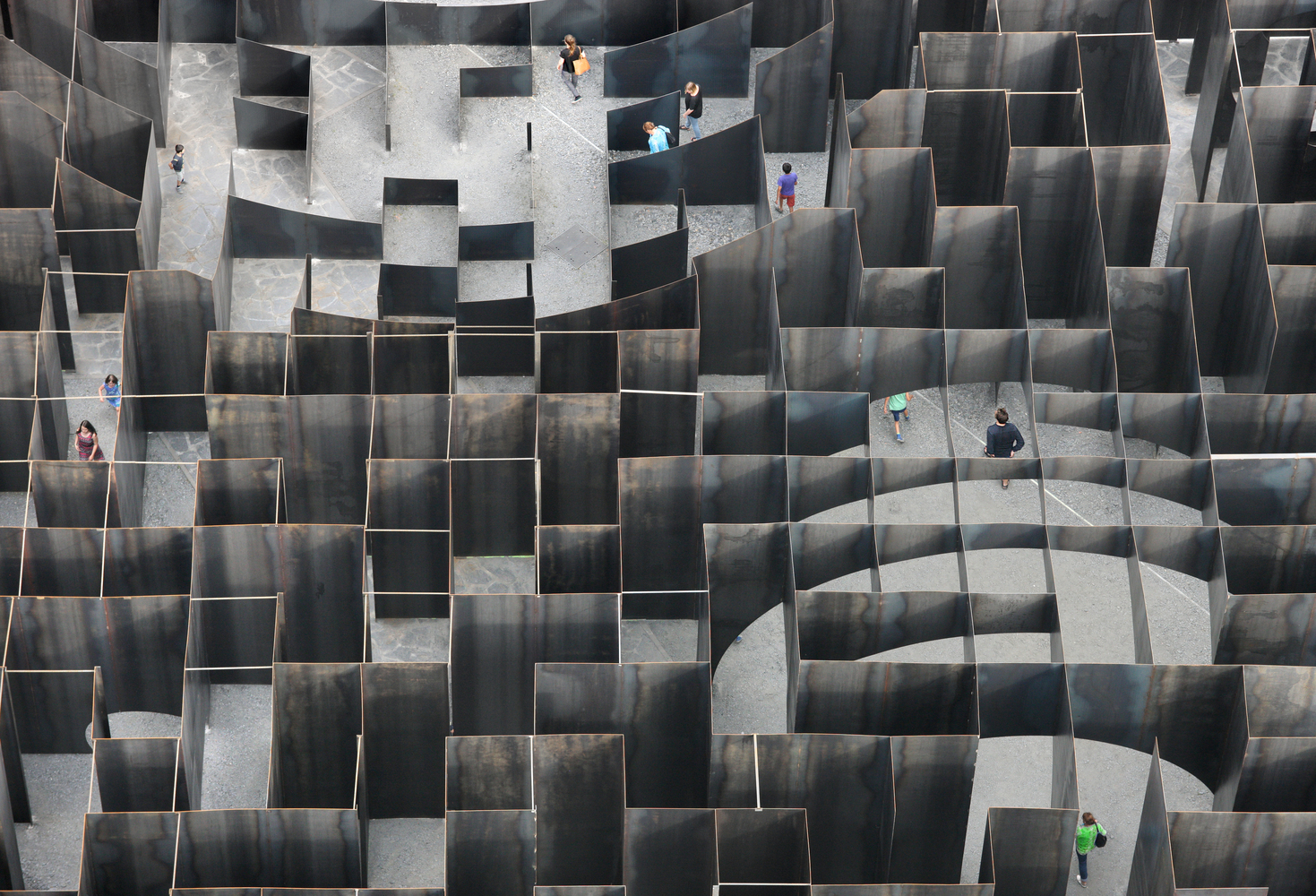 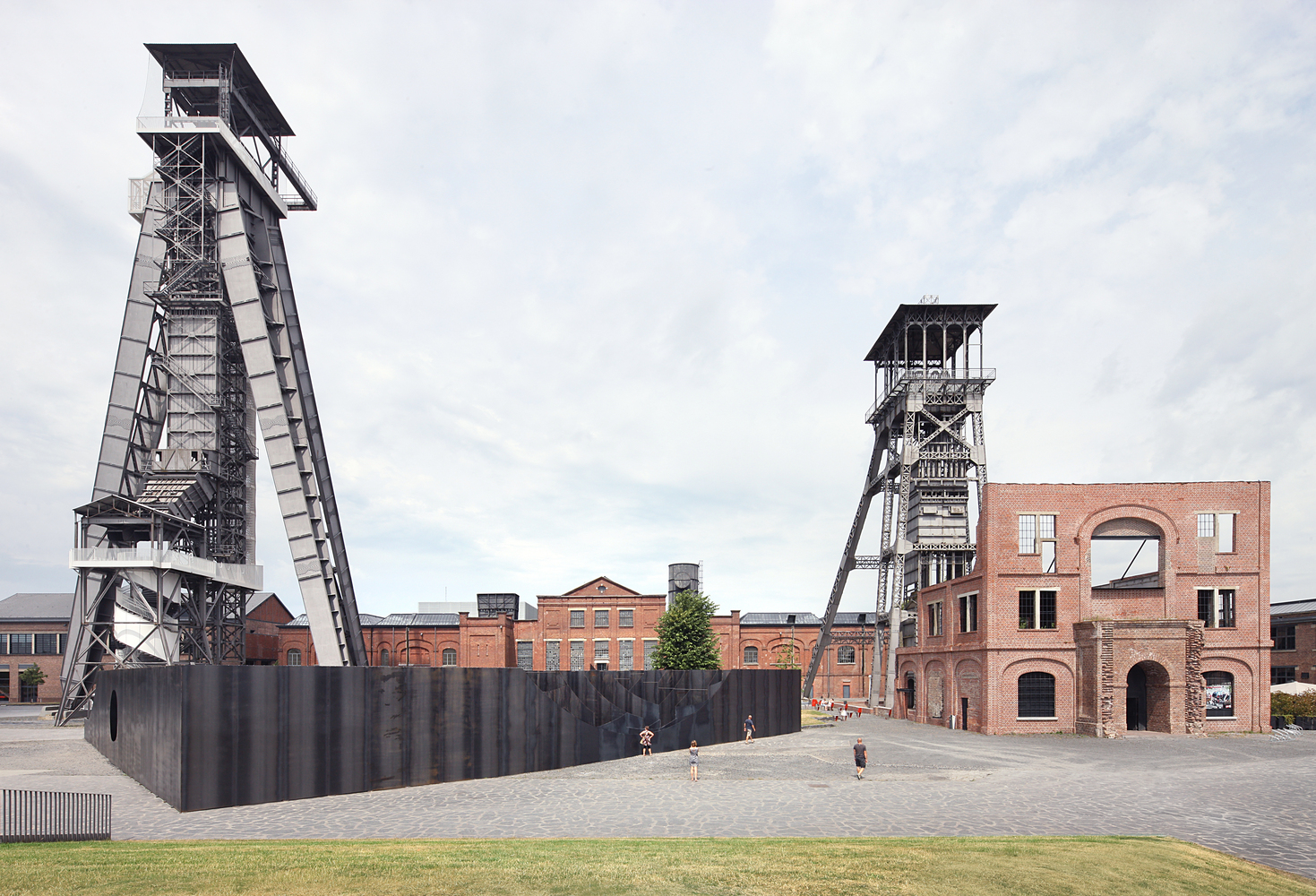 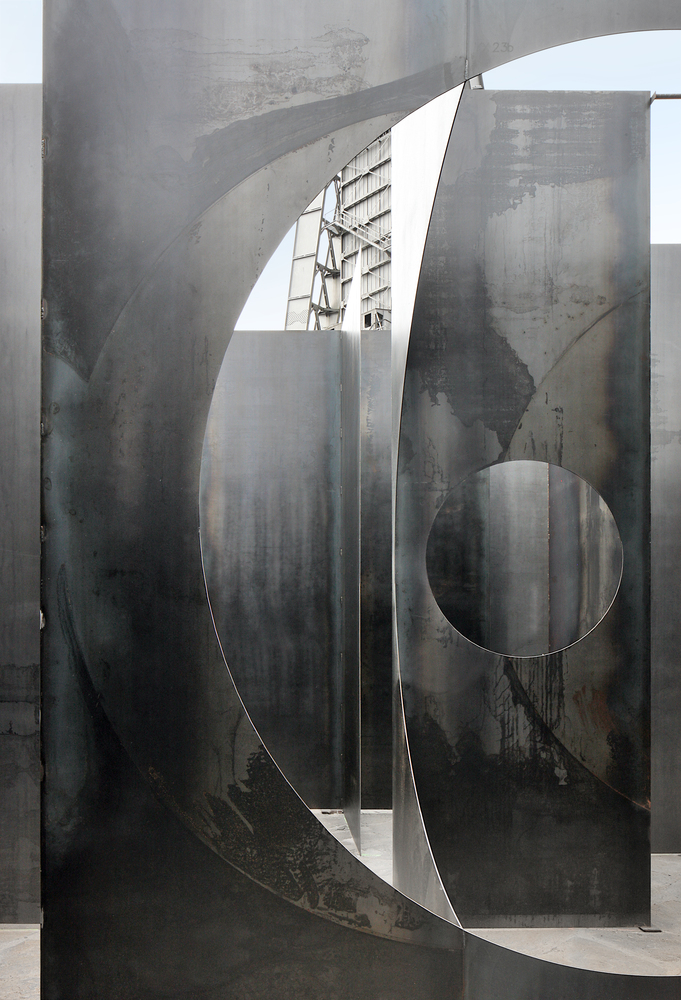 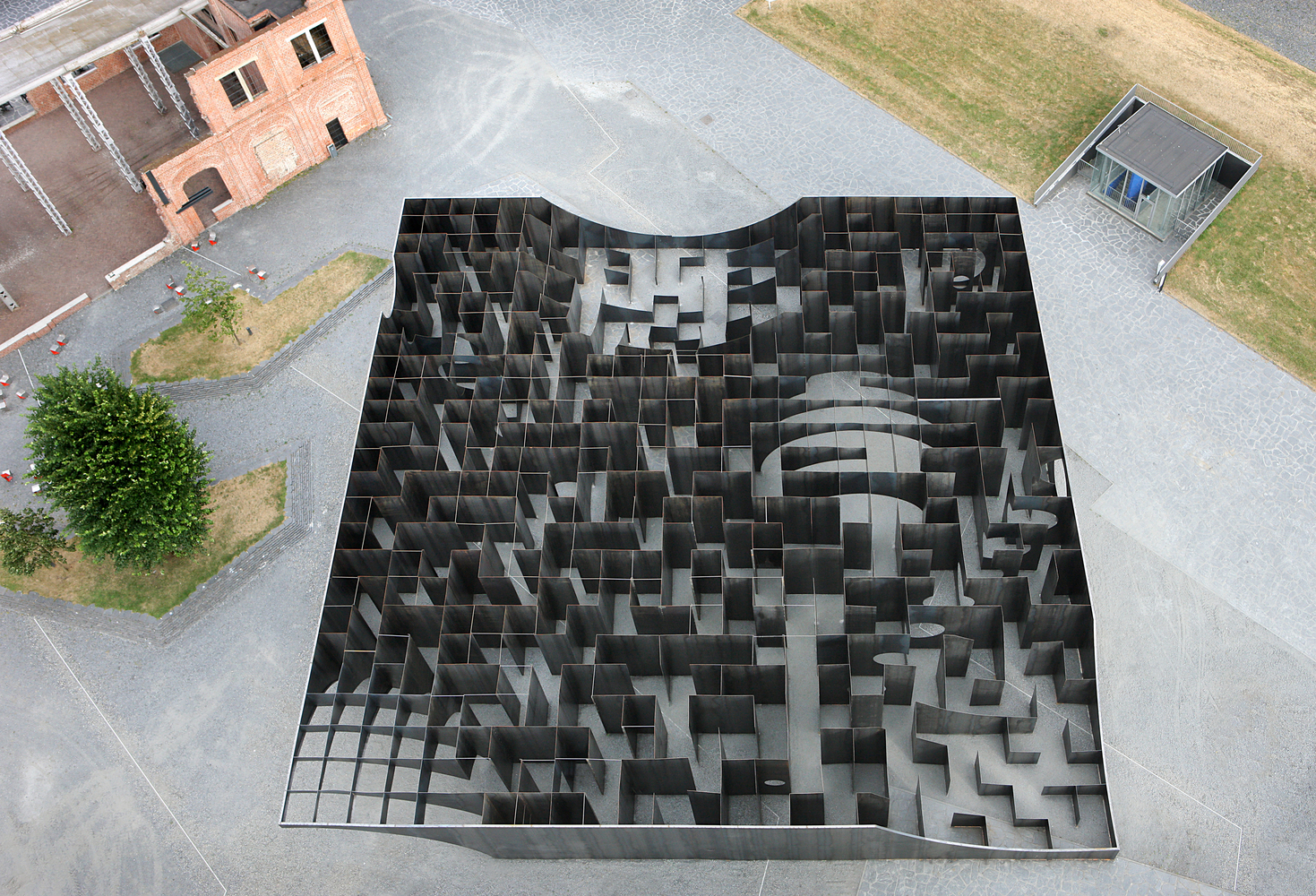 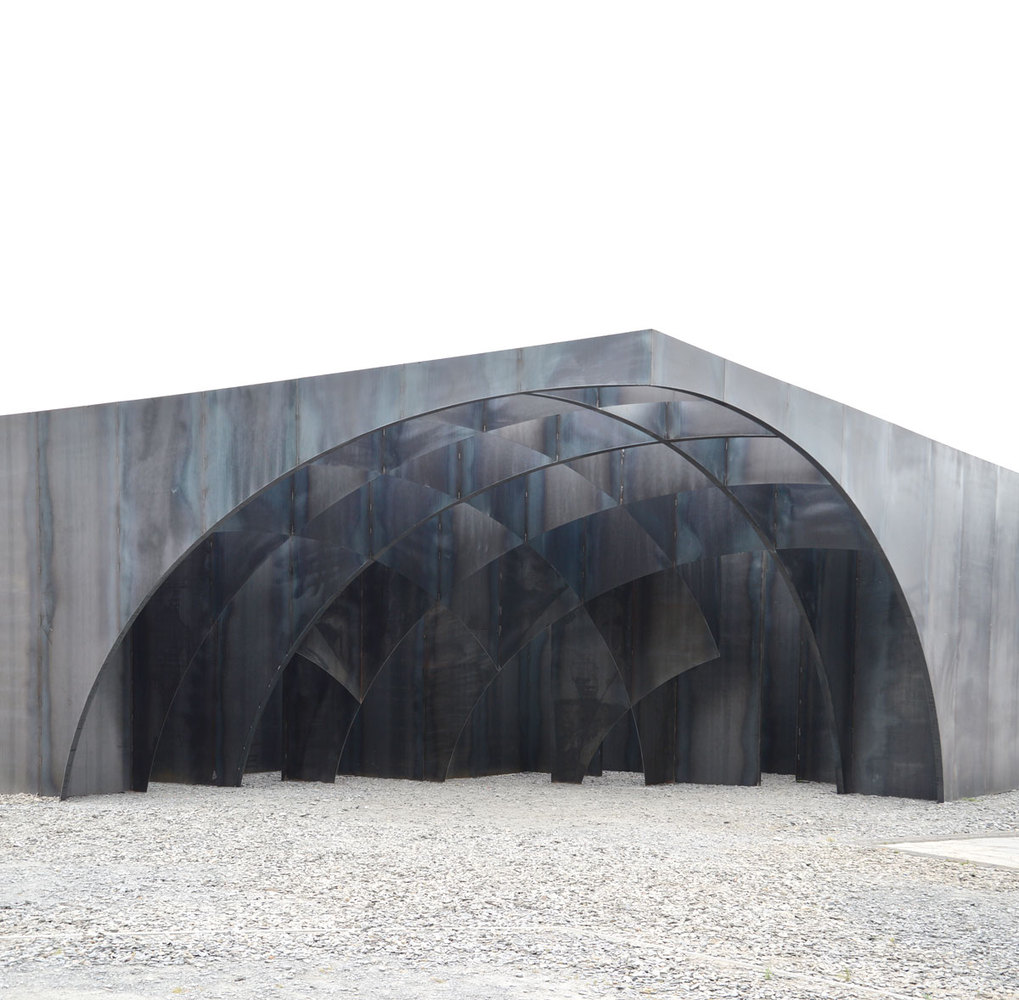 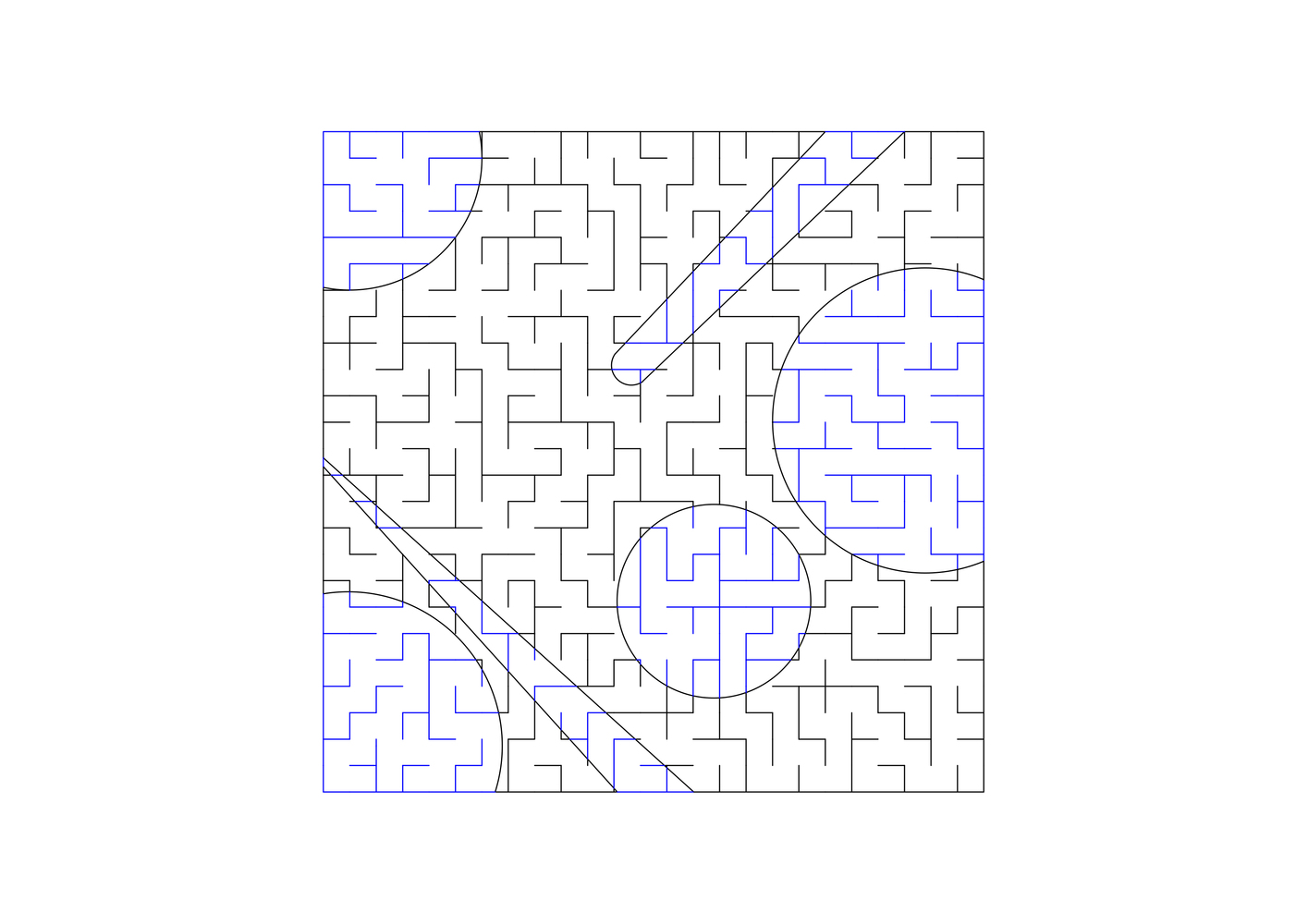 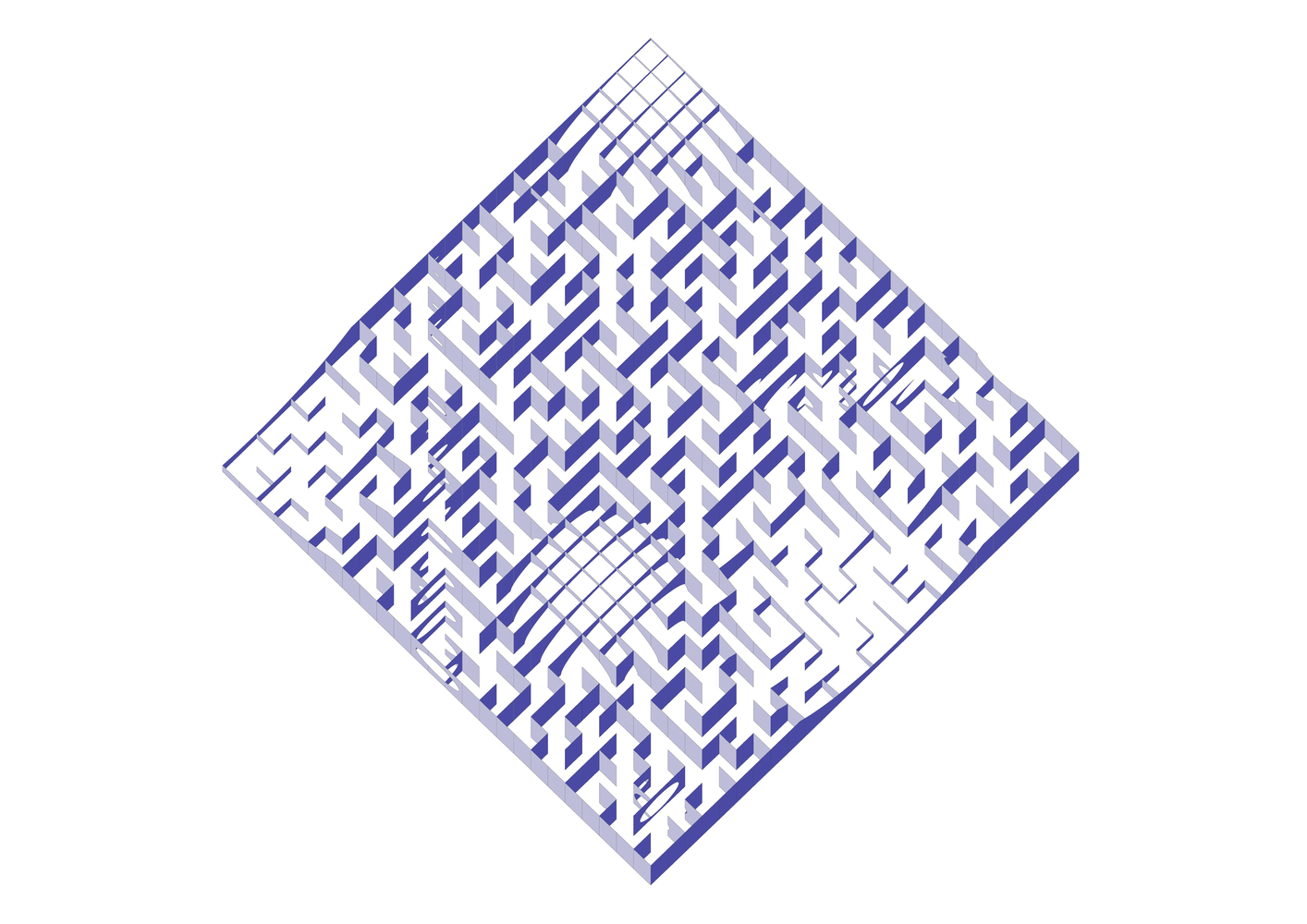 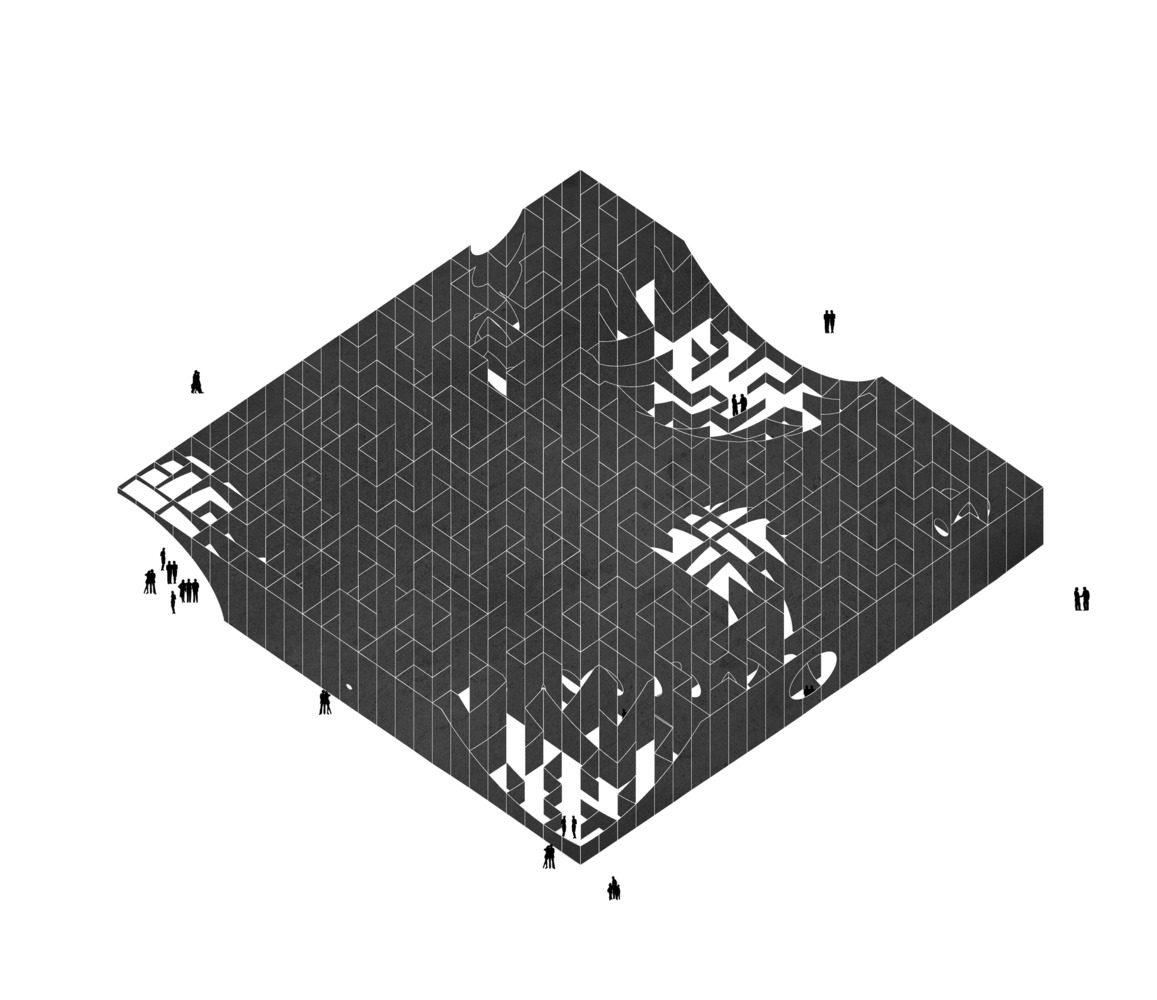 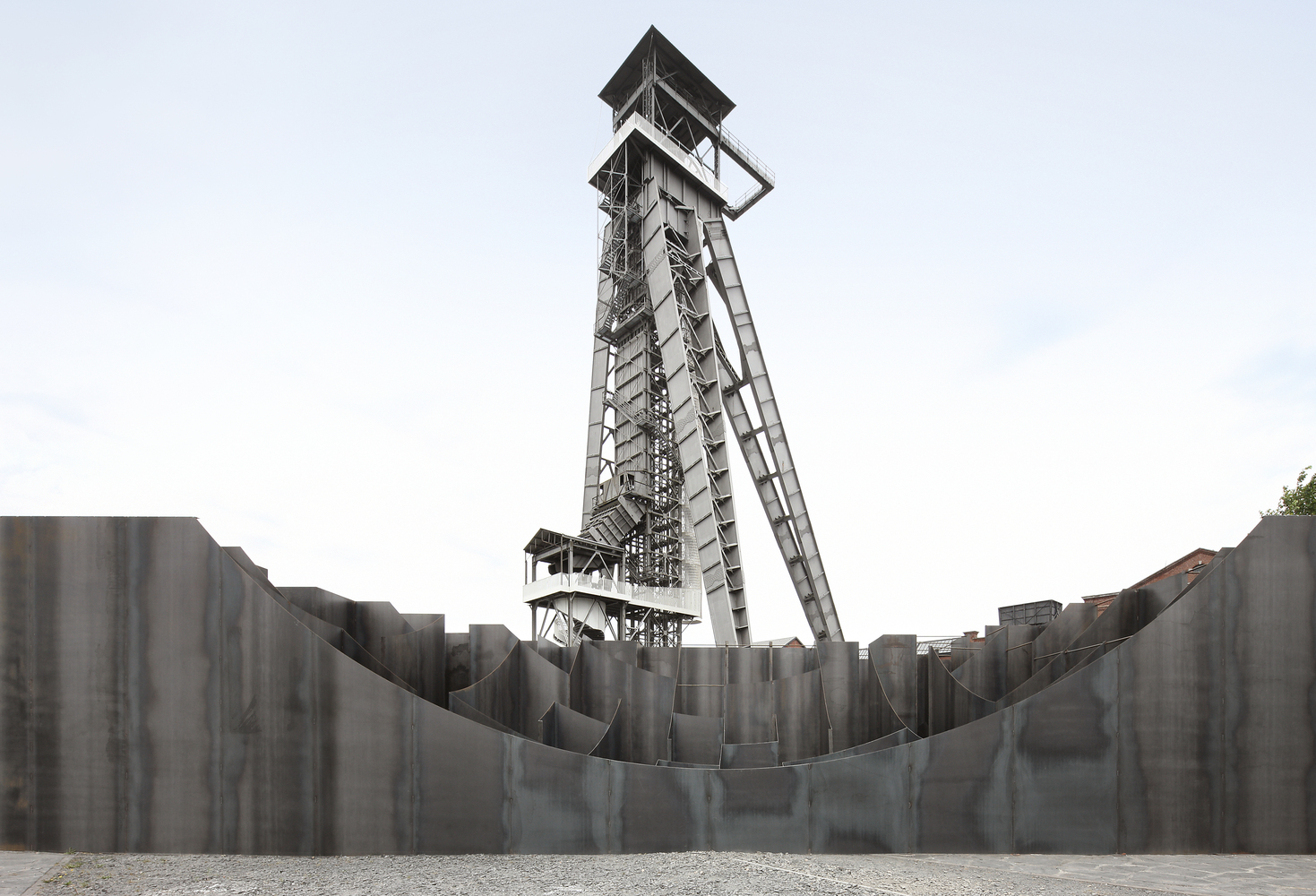 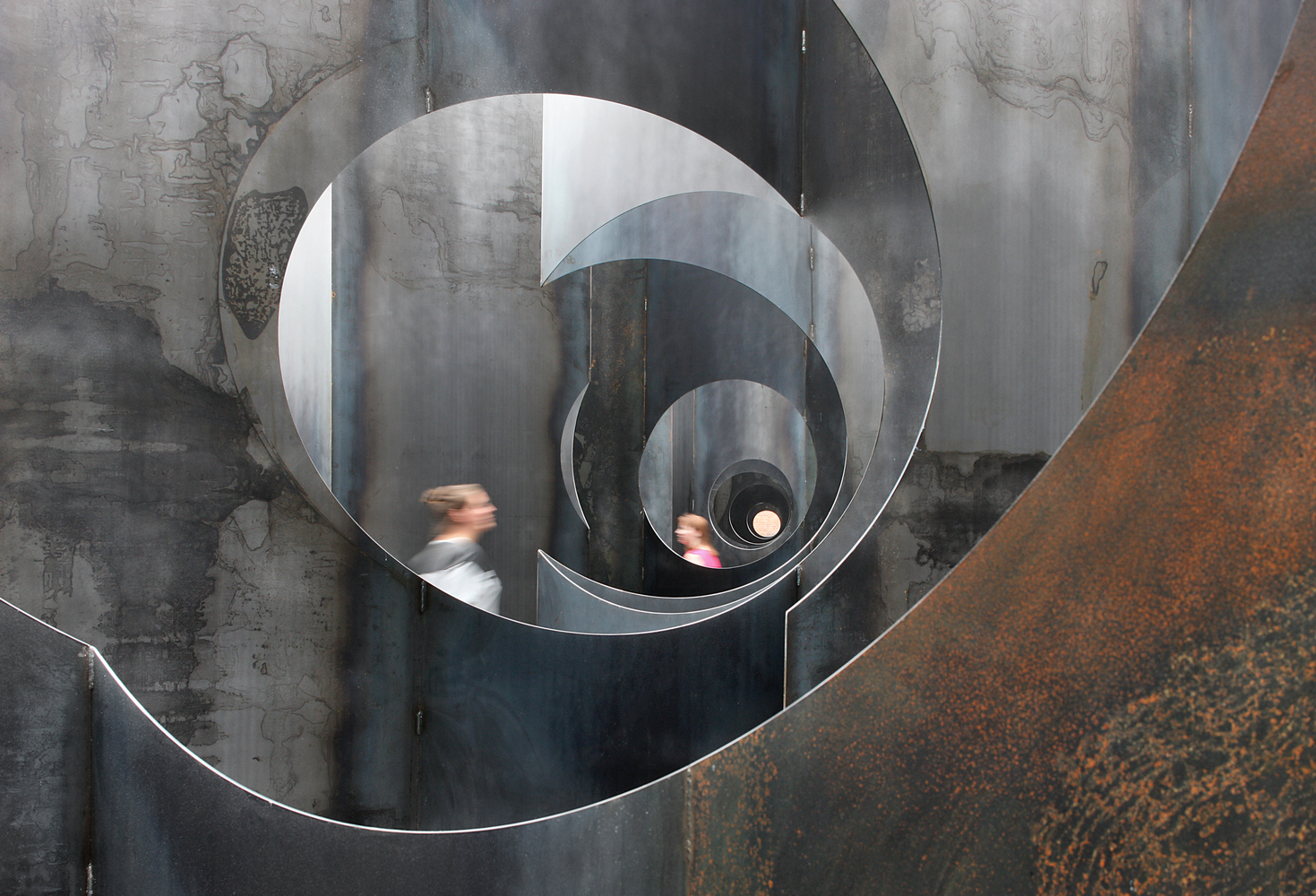 Gijs Van Vaerenbergh, an artistic collaboration between architects Pieterjan Gijs and Arnout Van Vaerenbergh, have created a labyrinthine intervention at the heart of the c-mine arts centre in Genk, Belgium. The development of this sculptural-spatial intervention has its foundations in the artists' interest in fundamental architectural typologies; earlier installations of theirs have been based on structures like the city gate, the bridge, the wall, and the dome. Here, the "age-old" form of the labyrinth" is explored as a spatial experience in a unique composition of wall and void.

Standing at 37.5 metres square and weighing a total of 186 tons, the 5mm thick steel plates have been geometrically hollowed to create a collection of frames. The designers state that through a "monotonous succession of high corridors, the viewer is confronted with openings that reveal what is on the other side of the walls." Seen from certain perspectives, the cut-put frames are "fragmentary, whereas from other viewpoints the entire cut-out shape is revealed." Some of the frames also open onto the surrounding environment, which become points of orientation throughout the journey.

As such, it also interacts with he context of c-mine. "Ascending the old mine shafts, one can witness the structure from above and look down towards the wandering visitors (a point of view that is usually only reserved for the creator of the labyrinth." For Koen Sels, Gijs Van Vaerenbergh's work "originates from a staged ‘ignorance’ about what architecture is, which leads them to investigate what it could be." For Sels, the "Labyrinth is a typology that reveals itself as a typology. On one level, this happens by directing the movements of the user to an absurd extent, as is also the case in the classic labyrinth. At the same time, however, the traditional structure is transformed by a series of Boolean transformations."

"Furthermore, the production and construction processes remain visible in the final design. Visitors who ascend the mine shafts nearby, can view the labyrinth as a materialised floor plan and sculptural whole – a perspective that runs against what a labyrinth should do: conceal itself. More than any of their other works, Labyrinth situates itself within the (institutional) context, not only visually, but also symbolically, by asking: what does this sculpture want? And what are their authors after?"

Most of our site-specific installations result from an in-depth analysis of the environment, which leads to an interesting dialogue between work and context: the work tells something about the context andvice versa. In the case of ‘Reading Between the Lines’ – our most famous installation – the work spoke about the changing meaning of the typology of the church in the physical and cultural landscape. ‘Reading between the Lines’ really needed that context to be understood. It was only through the topography of the landscape that the different aspects were revealed: the perspective of the viewer transformed the work from a highly transparent and open image into a very massive and closed one.

In any other context, the installation wouldn’t have worked. The central square at C-mine is a completely different environment. Here, we were confronted with an artificial, highly designed, large-scaled context that wasn’t very welcoming to make a similar installation. We therefore chose to build an installation that was directed inwards and dealt more strongly with space and one’s relation to it. We did so by looking for inspiration in a primal architectural typology: the labyrinth. In a way, this is an essential form of architecture, which is only composed of walls. A series of Boolean transformations, however, generates openings and perspectives on the environment, which gives the labyrinth a new meaning. Finally, the ascension of the mine shafts are included in the experience in order to create another interesting relationship with the environment.

You can see this installation at c-mine in Genk until the 30th September 2015. The installation was engineered by Bollinger + Grohmann and executed by Meuwes Laswerken.